Just because the shoe fits don’t mean you gotta wear it.
Let me show the picture I was tagged in by one of my most discerning and wise friends:

This is the script that came with the picture:
“Sometimes she made life more difficult for herself than it was. She decided she didn’t want to live that way anymore. She had the power to choose happiness and so she did. – Queenisms™”

And she tagged me because she thought of me when she posted it. The shoe fits. Boo to making life difficult; yea for having the power to choose better.

Y’all, I’ve had a really trying month. Year. Life. I’m not unique in that and I know it. But the past month has definitely been difficult. Be prepared to read a few heavy lines coming up in the next paragraph.
My stepdad was found dead in the apartment he shared with my mom. My mom was in a psychiatric hospital for a month undergoing treatment. There was an implication by multiple sources including my mother that I was expected to find (read: fund) a place for her to live, to get her car out of the impound lot, and to deal with her legal issues. Yeaaahhh…
Add to this a trip to the ER for Little Larry, stomach flu for each member of the family (in rounds-yea!), another strange sickness that skipped my husband, and the fact that being a work at home mom and wife is not a walk in the park (that’s not a complaint; just reality).
In the midst of my weariness I found myself wearing old shoes. The old, worn, comfy boots of depression and anxiety. They fit: but only because I lived them so long. I don’t like them. They don’t suit me or the person I’ve become anymore.

Can’t move in these. Can’t do anything in them.
Sadly they fit me from the time I was ten until I was nineteen. I was nineteen when I broke free from the bondage of suicide and depression. That was three years before I met Jesus and He saved me. A lot of that is contributed to the therapist I had the honor of being treated by: he invested in me and taught me more than I was able to grasp in the moment. It’s hard work to stay alive when you have lived trying to die for half your life.
It would be an untruth to say I haven’t struggled with my status as an over comer the past thirteen years. But I didn’t put the shoes back on. I struggled, I wrestled, I battled, I cried. But I won. I kept the shoes off. 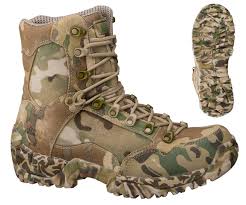 These are what I think I have to wear: protect my feet from the old familiar.
Then this past month with all of the blows I took… instead of keeping my combat boots on I started going bare foot. And in my weariness I hardly noticed that the old shoes went back on. And the laces were knotted. And tied together. Every time I started to get up I tripped on the laces and fell back down.
Granted, I needed to rest. I needed to stop saying yes to so much and volunteering to take on more. But that doesn’t mean I wear old stinky shoes. It means that I rest: in prayer, in worship, in peace. It means I rest physically, emotionally, and mentally. It means that if I volunteer for anything it is to life. It means if I say yes to anyone it is Jesus. It means if I am to put anything on my feet it will be peace.
Instead I put on the other shoes. I made life hard when it was an opportune time for me to learn to rest. That’s been a pattern for me: I look so hard for the learning and those things that are difficult that I miss just enjoying life. I miss the roses. Because I taught myself that smelling the flowers and feeling the sun on my face is me being lazy. Me sleeping is me going back to depression and suicide. Me resting = old shoes.

They’re old and musty and heavy.
Y’all. That’s not true. Peace doesn’t look like anguish. And it doesn’t look like constantly looking for the trial or test in the midst of enjoying life. It doesn’t look like every unknown phone number being a dreaded telephone call.  And it certainly doesn’t look like laying down and dying.
So how do you change shoes that are knotted and laced together once they’re on your feet?
But he was wounded for our transgressions, he was bruised for our iniquities: the chastisement of our peace was upon him; and with his stripes we are healed.
Isaiah 53:5
I love the prophets. Major prophets, minor prophets: they are some of my favorite contributors to the Bible. How raw and real they were and still are. How they just broke open their lives and hearts in obedience to God. It’s beautiful. 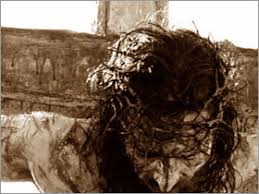 For me. And you.
But their sacrifices do not compare to how Jesus was broken and wounded so that I would have life. And have it more abundantly. Freely. The onus is on me to receive it. I get to receive peace daily, hourly,
minutely because He paid for it on the cross. My sins and wrongdoings: He paid for them with His body. The hurts and shame inflicted on me by others: He bought those too. Those stripe marks that covered the front and back of His body bought my healing.
Before I was born He paid the way for me to live and enjoy my life.
That’s how the shoes go back to the pit of hell where they came from. That’s how I put up the heavy combat boots and trade them for walking in the gospel of peace. I choose to let Him save me. I choose to simply obey Him. To take my rest in Him. I choose to be happy and content. It’s as easy and hard as it sounds.
And it’s worth it.
P.S. He’s not on the cross anymore.