And I will make her that halted a remnant, and her that was cast far off a strong nation: and the LORD shall reign over them in mount Zion from henceforth, even for ever.
Micah 4:7 KJV
I know, I know. What the hey, diva? What does this verse have to do with anything at all? Well.. allow me to not clarify. Kidding! But I will warn you: this is not a funny or terribly heart warming post.
Two weeks ago I had a very difficult conversation with my husband. I admitted that I’m depressed and have been getting worse over the past two months. And not your run of the mill mind over matter feeling sad.

This is what the fog in my head feels like: I do my best to focus and it is exhausting to think.
So. That was fun. If by fun you mean gut wrenching. Because I’ve been here before. I’ve been in a hospital room for three days fighting for my life after a massive overdose when I was just nineteen years old. I’ve been in mental institutions on numerous occasions. I’ve been on anti-depressants, and anti-anxiety pills, and sleeping pills. I’ve seen counselors for most of my childhood.
And I’ve been free from the stigma of it for over thirteen years. Almost my entire adult life. And here I go again.
I thought my depression was environmental. I thought it was my unwell mother. I thought it was abuse I witnessed and endured. I thought it was a label tacked on me. I thought it was because I wasn’t a Christian. I thought it was…
And here I am. Admitting to all ten of my readers that it was more than just a bad childhood. It was more than me not knowing Jesus. It was more than just a stigma. And there has been so. much. shame. that has accompanied it.
It is here. Like a big angry ball of yarn splitting at the seams of my chest. And I feel “halted” as the KJV describes it in Micah 4:7. I feel broken. I feel picked on. I feel stunted. Confused and blind sided by what I could have seen coming had I only paid attention.

Somehow this is what I imagine it looks like. Heavy and scratching and confusing and there’s something beneath it that you can’t see.
But it won’t be forever. It won’t be forever that I feel this way and am affected so greatly. It won’t be forever. And whether it is quelled by lifestyle or free will or prescriptions or Jesus: it will be quelled. And I will come forth better suited for my purpose.
I confess it’s already brought some good with it. 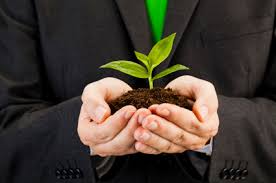 Yes. That’s me in the palm of God’s hands.
With all of that said: I’ve been halted. But I’m hopeful. Because I’m alive and just like the Lord promised to the remnant of Israel that she would be a strong nation: I believe him when he says that my latter will be greater. I believe that this will be my finest hour. I believe that somehow this works to perfect that which concerns me. I believe that this works at purifying my heart. I believe that this pruning and these deeper waters will result in me flourishing. I’ll know a greater freedom than I ever have before.
And somehow, at the time of this writing, I am free. I’m alive.
I will not die; instead, I will live
to tell what the LORD has done.
Psalm 118:17 NLT
I will be Heidi, without walls.