pearl /pərl/ noun
1. a hard, lustrous spherical mass, typically white or bluish-gray, formed within the shell of a pearl oyster or other bivalve mollusk and highly prized as a gem.
2.a precious thing; the finest example of something

Here we go now…
I love Fiona Apple. Especially her early years. Lyrics and music that mirrored my sense of deep ache and passion; that gave voice to my emotions. One particular song has a line that’s been playing in my mental soundtrack for the past few months is from her album Tidal:
But he washed me shore
And he took my pearl
And left an empty
Shell of me.
Sullen Girl, Fiona Apple
This image is breathtaking and terrifying to me.
I wrote out that song from memory today and when I double checked the lyrics I was amazed at how well I remembered each line. I can’t seem to remember my husband’s favorite pizza rolls but I recall song lyrics.
After I wrote out the lyrics I followed with my own line:
Oh precious girl. Don’t you know your worth is not found in the pearl?
Oysters can make multiple pearls. Pearls cannot make oysters. Oysters are brilliant and fascinating creatures. Pearls are not creatures but things created. 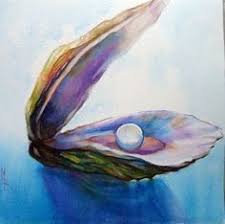 Lovely and still terrifying.
While organizing my kids’ play room to make space for the presents they will surely acquire during Christmas I cried. So sad and confused, lonely and afraid. Afraid of being rejected, abandoned, and judged.
And those fears are valid. I have been rejected by my father. Abandoned by my mother. And judged by ones who had the opportunity to shelter me. As much as I hate to admit it… I’m grieving that. In years past I’ve tried to push the emotions under the rug or shove them down or worse: deny that they were valid and real.

My pearls. You can’t have them.
I would look at the pearls that were created by the hardships and pretend that those were good enough. Because aren’t they pretty? If I can just make those outside of me see pretty then I am pretty, right? If I can make the illusion that I am heidiva and full of laughter then they won’t see the pain, right? If I show them the pearl they won’t bother to look at the wounded oyster, right?
Right.

Now that is my safe zone. Not as pretty and not so terrifying.
Sadly and truthfully: I’ve been living my life with my oyster shell half open, mostly shut. I’ll let you in far enough to see the pretty pearls, but not so much that you will see the whole shebang. You may give me more grit and then I will have to make yet another pearl… And I don’t have anymore room for more pearls, you understand? 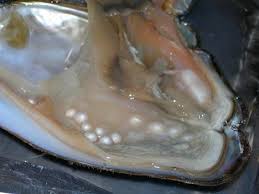 What I’m deeply afraid of and resist: being forced open.
And the pearls are not enough for me. It’s not enough to have the pearls: I want life and the living that comes with it. I need to breathe in the open in order to be able to live. And be unafraid to just be whether or not I have any pearls. Brave enough to just let go of the pearls and be an oyster. Brazen enough to live the life I am purposed to live whether or not I get any other pearls. Secure enough to let people see the real me, oyster and all, audibly, and out loud.
You see, an oyster will be an oyster, with or without pearls.
The grit will come. And I am learning to live the life of an oyster with her shell open; filtering out the grit and choosing which grains are worth the pearl. Bit by bit, painstakingly, slow to the point that I don’t think I can go any slower, I’m learning. Maybe no one including myself sees the progress quite yet: that doesn’t negate that I am doing the work in learning to trust that I am safe, sound, and enough. Beautiful, inside and out, without judgment.