I got deleted. My words and intent and heart… deleted. Again.
“Fell off the jet way again.”
When I was younger I got deleted a lot. I was told I did not remember properly. Or that I just made things up. In adulthood I was told the person just simply forgot the things they made me endure as a child. Made to feel like I was either crazy or my hurt was not worthy of remembrance.
My innocence deleted, no apologies.
I do not remember many things that happened; but I can feel them in the shadow of my memory bank. I can feel how my psyche will not allow them to surface. And what I do remember is mingled with different sights and smells that sometimes distort whether the memory was of pain or joy.

They are there, but I just cannot reach them.
Punches thrown on Thanksgiving. Insults hurled at Christmas. Palpable fear at birthdays. Horror movies under kitchen chairs.
These I remember but then they were all thrown away because the person did not know better. My path beaten, all for the ignorance or illness of my caretakers.
I would journal insults and harsh words said for future reference. And though I knew I did not lie in my diary; when I would confront the person I was met with ridicule.
Just as though my words and memories were deleted by them.
Worthless. 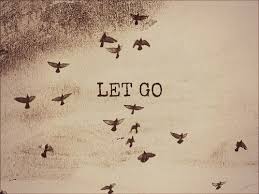 Let go of the deletions: you are worthy of remembrance.
Of course, that is simply not true. My words and memories have value and exist, regardless of who tries to delete them, or block them. My heart and intent are valuable because I am valuable. My hurt matters because I am a living, breathing person.
You, my friend, have value no matter who refuses to acknowledge it. Parent reject you? That’s on them, not you. Not. Your. Fault. Leader or mentor makes false accusations against you? You don’t have to prove a thing because you are already approved. You are alive, brave one. You don’t have to prove yourself to anyone but you. Get unfriended on Facebook? Find me and I’ll friend you and keep you as my own. You are living no matter who unfriends you-that makes you a tangible and valuable being.

Wayne and Garth may not be worthy, but you are.
Know who you are. Know that your mere existence is worthwhile. Know that you choosing to live and breathe against the odds is a task to be treasured.
Your words, intent, and heart matter. And they can never be deleted by any mere mortal. Refuse to allow their rejection to be accepted by you; meaning, accept yourself no matter who rejects you or tries to silence you. Keep speaking. Keep living. Know your immense value. And live it.
Need a ear to listen or eye to read your words? Email me at ladyscholarheidiva@gmail.com or comment right here on the blog.